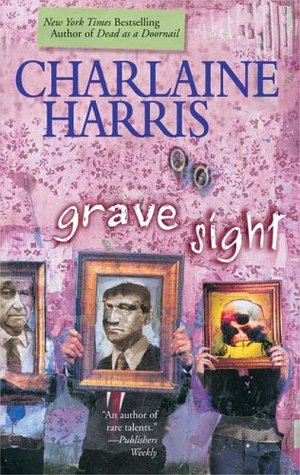 “Harper and Tolliver are experts at getting in, getting paid, and then getting out of town fast – because the people who hire Harper have a funny habit of not really wanting t know what she has to tell them. At first, the little Ozarks town of Sarne seems like no exception. A teenage girl has gone missing, and Harper knows almost immediately that this girl is dead. But the secrets of her death – and the secrets of the town – are deep enough that even Harper’s special ability can’t uncover them. With hostility welling up all around them, she and Tolliver would like nothing better than to be on their way. But then another woman is murdered. And the killer’s not finished yet…”  – Good reads

Even though I gave this book 4 stars out of 5, I’m not sure how I really feel about it. The premise sounded very interesting. There are many books about people who can see the dead, or talk to the death and solve cases. However, I found this spin a bit more original since the protagonist doesn’t see ghosts. She find corpses and can see how they died. Furthermore, her abilities are limited to just that, which means that the struggles she has to deal with after finding a body are pretty realistic. Also, the stigma against someone with her abilities was well portrayed.

However, I really couldn’t relate to the protagonist’s neediness. I just don’t understand that and I found it to be a bit pathetic and annoying.  The protagonist could be considered a strong female character, and she is, but I just can’t sympathize with that type of reliance on other people. Yes, there is a perfectly good reason for her reliance on her brother, but I just didn’t like it. I also didn’t like how intolerant she was of other people. That being said, I can see why her impatience with the small minded individuals she has to deal with is reasonable.

Overall, I enjoyed this book and I think I will continue the series. Also, if you’re considering reading the Sookie Stackhouse novels, but aren’t sure you’ll like Charlaine Harris’ style, I recommend you read this series first. It’s shorter and it’ll give you a taste of the type of mature content she writes.